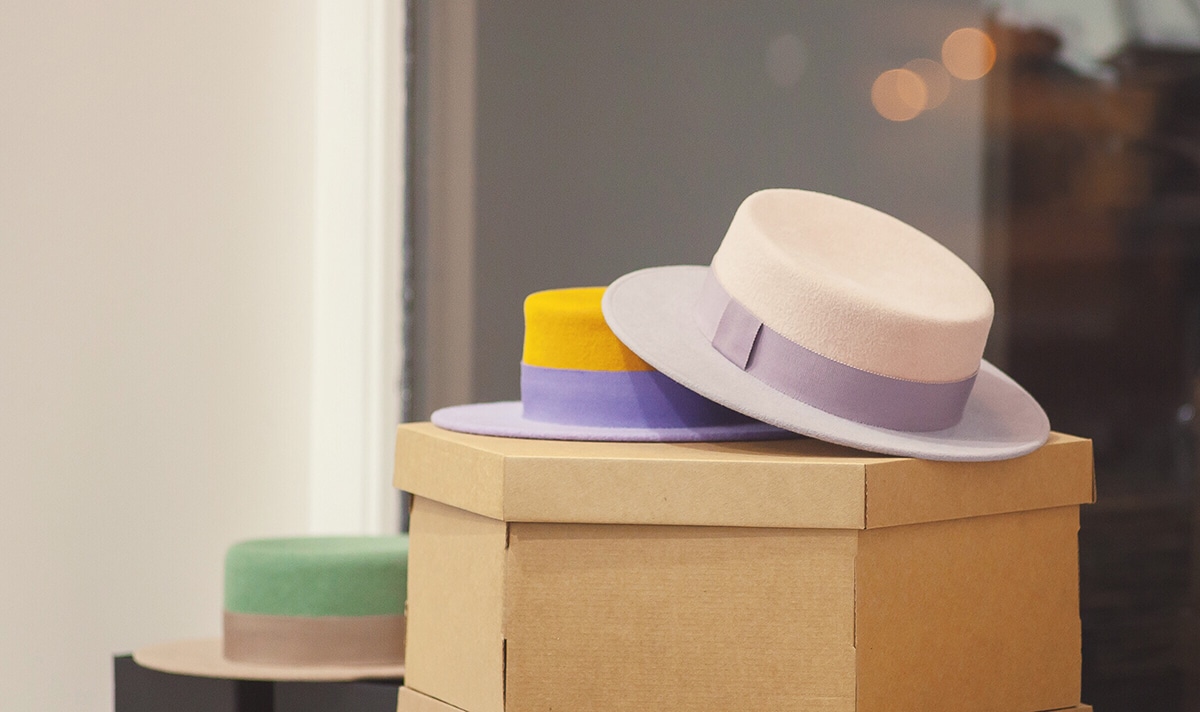 In the late 19th century and early 20th century, a boater primarily for men was a semi formal summer hat.

It is normally made of stiff Sennit straw and has a stiff flat crown and brim, typically with a solid or striped grosgrain ribbon around the crown. Boaters were derived from the canotier straw hat worn traditionally by gondoliers in the city of Venice. 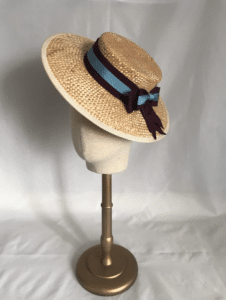 In the United Kingdom, Australia, New Zealand and South Africa the boater is still a common part of the school uniform in many boys mainly to portray the more affluent schools such as Harrow and Brisbane School for boys. 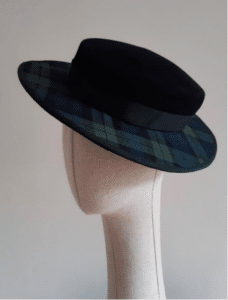 It was during the early twentieth century when Coco Chanel made the boater an extremely fashionable accessory for women when she was seen to wear one quite often. As a true icon, fashion houses and publications soon jumped on to this new women’s fashion look. 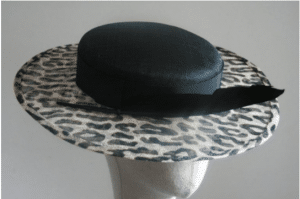 Now we see boaters in all sizes, shapes and styles and are perfect for summer events, another head piece primarily designed for men, made popular by a guru within the fashion industry that stands the test of time. A Boater is a wardrobe staple and so easily worn with a variety of outfits.