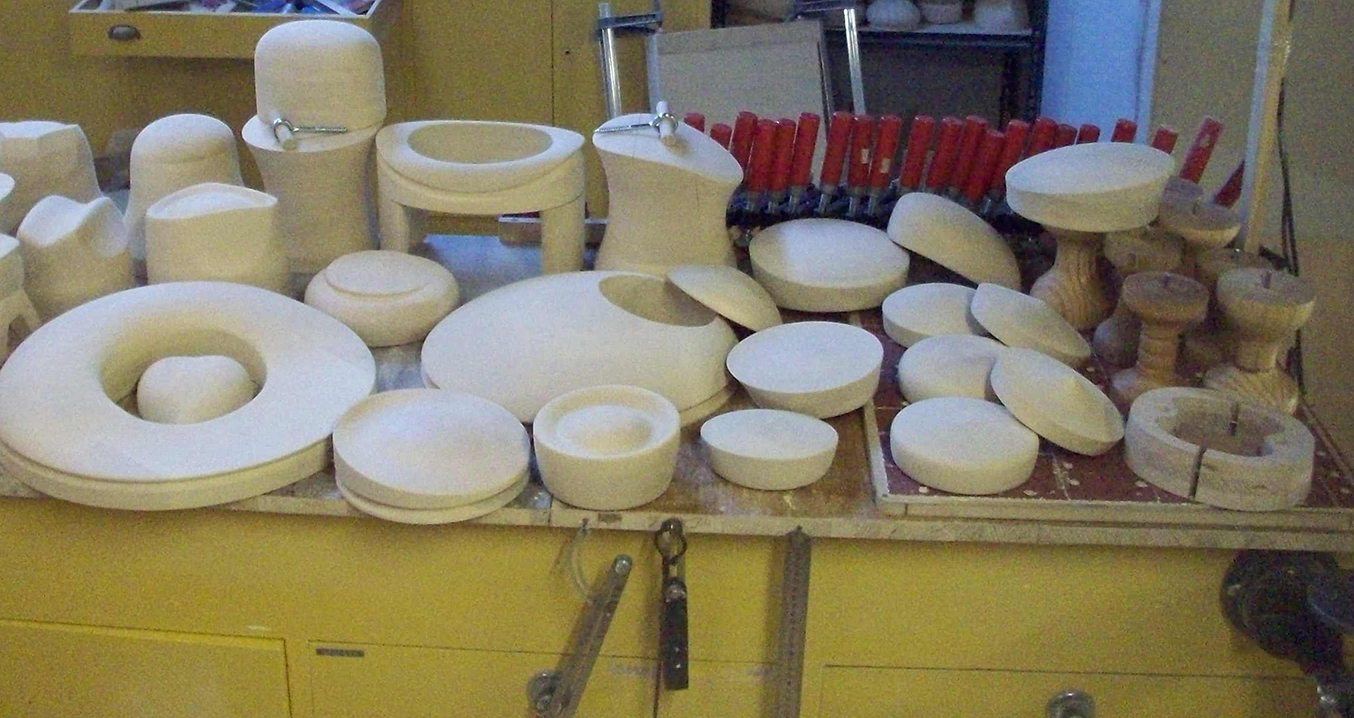 A hat block, also known as a hat form or bashing block, are traditionally wooden blocks carved into the shape of a hat by a craftsman known as a block shaper. Nowadays with all traditional crafts we see even hat blocks reinvented using modern materials such as aluminium and plastic, making them more affordable than wooden ones.

They are used by hat makers or milliners to produce hats and headpieces they also come in many different shapes, sizes and have different uses such as

Many milliners also use hat shapers which are hand resists for felting popular hat designs we see on the market.

Recent years have seen the decline and resurgence of hat wearing which means there is a market for hats and headwear which sees milliners especially students needing hat blocks.

Vintage hat blocks are desirable and sought after by enthusiasts. The beauty of the wooden hat block is that it can be re-carved into a new shape or modified which is something that cannot be done with aluminium or poly blocks.